‘Poetry was part of the awakening of the Caribbean people….it was a rejection of the English domination.’ These powerful words by Caribbean poet, Michael Smith, can easily be lost on our current ‘fast food’ generation. We have become a society that seems to reject beautifully crafted prose and lyrics in lieu of attention grabbing headlines and one paragraph sensationalized stories and pictures. Our voracious informational appetites has us almost addicted to ‘Google’ searches and social media outlets, spending more time skimming headlines and pictures and less time appreciating and digesting well written prose and poetry. But, Michael Smith’s words remind us that poetry has played a fundamental role in shaping the Caribbean cultural identity. It is the foundation from which a lot of our cultural expression was born including our music, and, it was used as a powerful tool to ensure that Caribbean people had a strong voice at a time when we were at the brink of being buried under the influence of our colonizers.

In the late 1960’s and early ’70’s, the Caribbean poetry movement represented cultural & political strength, it was a way to demonstrate our independence and love for our own dialect and culture. The Caribbean poetry movement helped shape our identity and helped us embrace the beauty of our islands and local traditions. The role of this movement in our history should not be ignored.

One of the pioneers of this movement is Poet Laureate, Anson Gonzalez. His gentle demeanor refutes the mammoth strides he has made to ensure participants in the Caribbean literary arts not only had a chance to express themselves, but, also had an audience for their work. He has been featured on our Top 8 Caribbean poets list for his numerous accomplishments in the literary arts, including 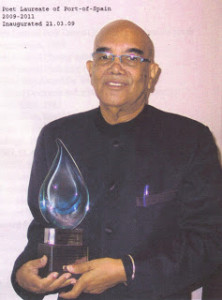 establishing the bi-annual journal entitled, New Voices. It was the first of its kind in Trinidad and Tobago to showcase the works of Caribbean poets and ran successfully for more than twenty years.

Anson is also one of the founding father of the Writers Union of Trinidad and Tobago, and, in 1979 he initiated the celebration of Poetry Day which is observed in October. This has become an annual event celebrated throughout the diaspora. In 2000, he was awarded the title of Poet Laureate by the Circle of Poets of Trinidad and Tobago for the many strides he has made for the literary arts. In 2015, Anson was inscribed into the Memory of the World Register for the Caribbean and Latin America, Awarded via UNESCO Committee*.  The 2B Karibbean team had the pleasure of speaking to Mr. Gonzalez via Skype from his current home in Cardiff. This (almost) octogenarian shared with us, his exhilarating journey into poetry and some of his fondest memories along the way.

About how he got started in poetry

His childhood education nurtured his love for reading and words. From as early as kindergarten days, he recalls reciting nursery rhymes at his annual school concert which ‘was a big part of schools activities at that time’. In his acceptance speech for UNESCO he mentions his ‘voracious’ reading appetite that kept him curiously pursuing work above his expected ability. He was open to all and any types of books, despite warnings from his father against reading books about local folk lore and superstitions.

About his biggest achievement

Teaching others and sharing knowledge fills him with the most pride. He talks about the the aforementioned ‘awakening’ during the independence period (late 1960s early 1970’s) when he first really started to explore the literary arts fully. A tutor at the time encouraged him and his peers to,

‘Not only to be consumers of the culture and poetry but to be creators and producers as well.’

That was his starting point into really exploring the use of words as a tool of creative expression.

About the role of poetry in the Caribbean cultural landscape

He believes that poetry helped us respect our local Caribbean dialects. While grammar and elocution remained important, it afforded an opportu 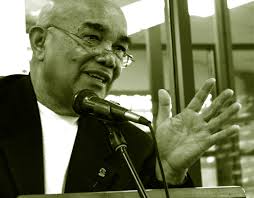 nity to explore local backgrounds, folklore, philosophies in our place in time ‘instead of somebody else’s place in time.’ In the 1970’s there were many budding poets around without an outlet to express themselves. ‘It’ (poetry) gave birth to other expressions such as Rapso. He mentions poets such as Paul Keens Douglas, Brother Resistance and others who created channels for expression. He saw his niche in publishing the works. He took a low cost approach and focused on content in an attempt to have regular outlets for the poets and so New Voices was born and ran successfully for twenty years.

Anson recognized the paucity of representation of Caribbean literary archives throughout the diaspora, and committed to having all his salvageable works displayed at the National Heritage Library of Tri 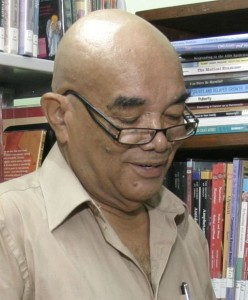 nidad and Tobago. That is but one physical representation of his legacy. Although he does not easily acknowledge it, he has left an indelible footprint in the landscape of Caribbean poetry and that legacy can never be forgotten.

Author’s Note: Anson Gonzalez (or Uncle A as i call him) is a long time family friend and has played an integral role in helping me to appreciate poetry . He has been a strong influence in helping me to appreciate Caribbean culture and I salute his sacrifice and hours of work it took to bring a lot of his ideas to fruition. Uncle A-you are pioneer in the truest sense of the word!

Anson Gonzalez’s works can be purchased at: 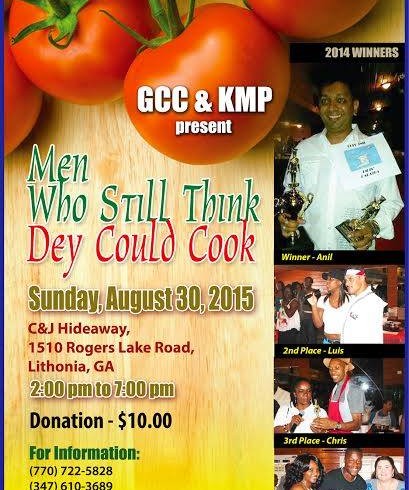 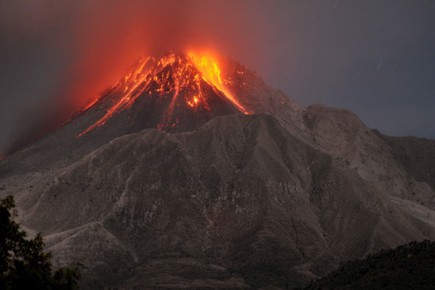