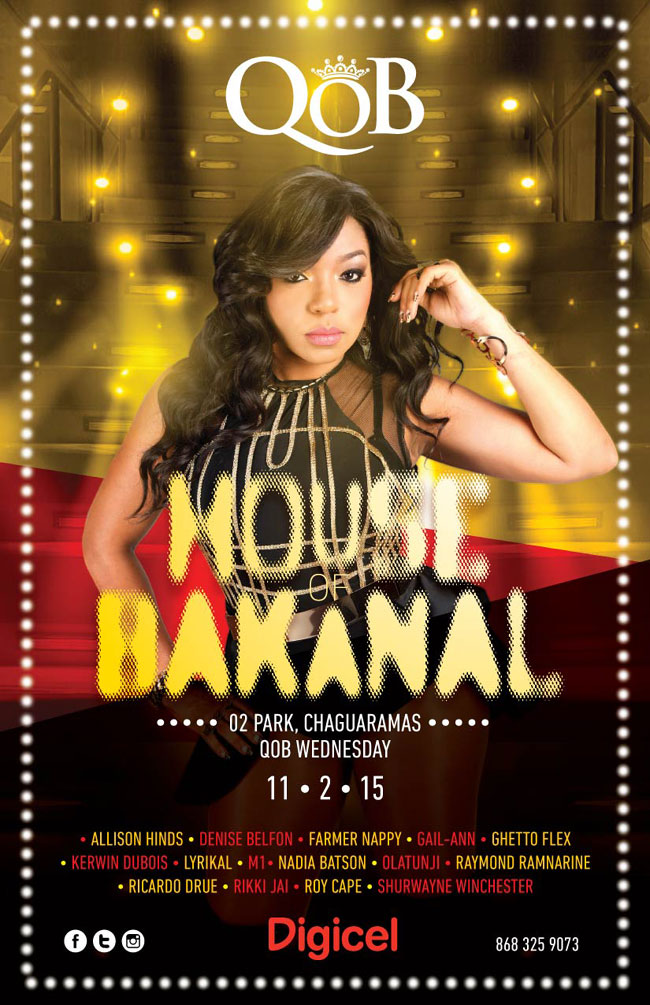 Everyone seemed to be there simply to enjoy musical entertainment of their choice. The artistes themselves fed off the authentic vibes from the crowd and so the night was a true give and take of good energy and entertainment.

Simply put-The inaugural ‘House of Bakanal’ concert headlined by the ‘Queen of Bacchanal’, Destra Garcia, delivered. The event was held on February 11th, 2015 at the O2 Park in Chaguaramus in Trinidad & Tobago and definitely held its own among a host of other Carnival parties on the same day.  Now, we all know an artiste branded concert is not new to the annual Carnival entertainment offerings. Many other entertainers have claimed a night during the busy Carnival week as a means to build brand awareness, showcase their talent and secure more income.

However, what made this event unique, is that it is the first one (to my knowledge) to be headlined by a female soca artiste. That fact on its own was empowering and refreshing. Add that to the quality of entertainers, the ambience and the crowd ….well let’s just say everybody was getting loose inside of the session.

This show is destined to be a heavy contender among fetes for many Carnival seasons to come.

O2 was the perfect location for this event. In true Carnival fashion, my friends and I were fete hopping that night and dreading the traffic going into Chaguaramus 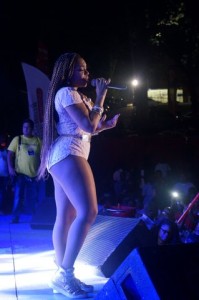 (a popular fete city on the island of Trinidad and Tobago). Time spent in traffic meant less time to party. Thank goodness our concerns were in vain. The traffic flowed easily, we secured parking very close to the entrance and had no problems getting our media passes (imagine that phenomenon around Carnival time). Walking in, it was clear that the venue was strategically organized to keep the focus on the stage, no excessive décor or distractions (unless you count the ever present Digicel logo ;]). Those in the audience who wanted an up close & personal view of Destra filled up the center of the amphitheater, others stood on the outskirts while a privileged few were in what seemed to be a VIP section (slightly raised accommodation from the rest of the crowd). Sweet soca music filled the air, ocean breeze flowed all around, corn soup vendors were ready and waiting on the outside and you had ample room to jump up and down and get loose on the inside. What more could a feter ask for? 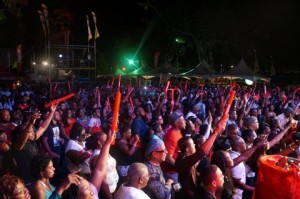 ay have been a deliberate tactic on the part of the organizers. It may have just been how the chips fell that night. Whatever it was, the intimate gathering of true Destra fans worked. I observed the adoring crowd hanging on to Destra’s every word and musical note and it was clear that they were there to genuinely support and appreciate Destra’s talent. No one seemed to be there to be seen; to say they were there; to ‘maco’ and go tell their friends what went right or wrong. Everyone seemed to be there simply to enjoy musical entertainment of their choice. The artistes themselves fed off the authentic vibes from the crowd and so the night was a true give and take of good energy and entertainment.  It was a classic case of quality over quantity.

In true fete-hopper style, we reached mid concert just as Farmer Nappy was about to hit the stage. He invited the audience to ‘his house’ and then took them on a ride to a ‘Big People Party,’ before introducing veteran performer, Third Bass. Bass brought some nostalgic styles and vibes to the show with hits like ‘J’ouvert Morning’ and of course his collaboraion with Destra on the Pigtail Riddim ‘Have a Man Already‘. The 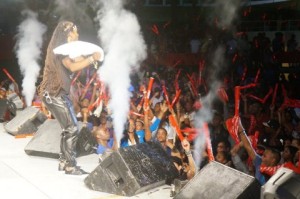 diversity of the performances kept the audience on their toes, dancing, wining and wanting more. Just as you could feel the collective breathlessness from the crowd, on came the Whitney Houston tribute to slow the pace a bit and gave all a much needed rest for their weary feet. I will admit the Houston segment was a bit too long for my taste during a Carnival fete. But hey, I am but one of thousands. Everyone else seemed quite OK with it.

Destra’s musical and vocal range was very apparent throughout the show as she switched gears from saucy soca bachannalist to crooning diva in the matter of seconds. 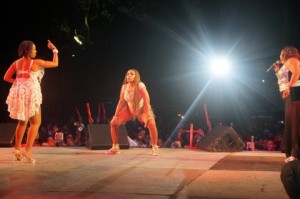 My favorite set for the night was when the three female power houses took the stage to showcase their ‘wining’ skills. Alison Hinds & Denise Belfon teased the audience with their respective solo offerings including ‘Saucy Baby‘ & ‘Faluma‘. Those performances worked the crowd into such a frenzy that by the time Destra joined the duo on stage the energy was almost kinetic.

The camradrie between the ladies as they teased and bated each other on who could rotate their waist best made me smile. Sisterly love and woman power rolled into one.

I would say the one opportunity area I saw for the night was the flow of the show. Selected segments of the entertainment seemed a little disjointed from my perspective. It was later revealed that some of the main opening acts were unable to make the event which disrupted the run of the show. That aside, in the future I am sure the production managers will have a contingency plan because we all know in the world of show business, shit happens. It’s almost guaranteed. But even when it does, the audience should not know and the star of the night should not have to worry….things just move along business as usual. And from the adoring faces in the audience, they were none the wiser to the backstage drama. The show did indeed go on.

As my friends and I got ready to hop to the next fete, with the strains of ‘Lucy’ vibrating in my brain, I applauded the work of Destra and her team. It’s no easy feat to put on an event of this magnitude and despite the many challenges they made it happen and happen well. Laura, thanks for the invitation. Next year we in there for sure!!

For more info on the Queen of Bacchanal check out her Facebook page at : https://www.facebook.com/OfficialDestraGarcia 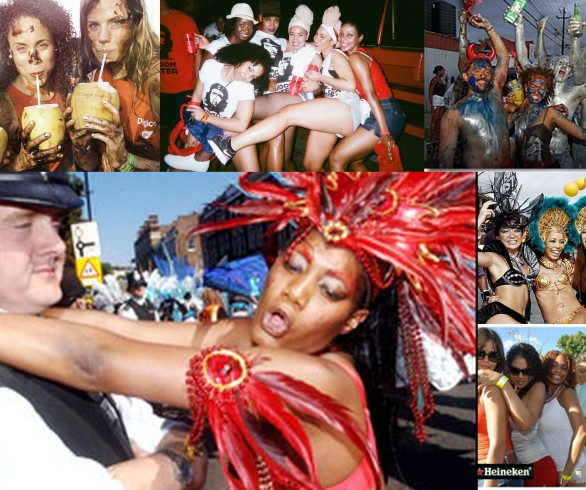 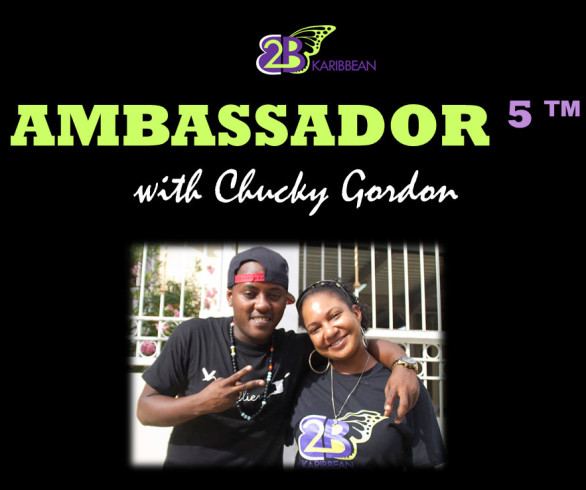