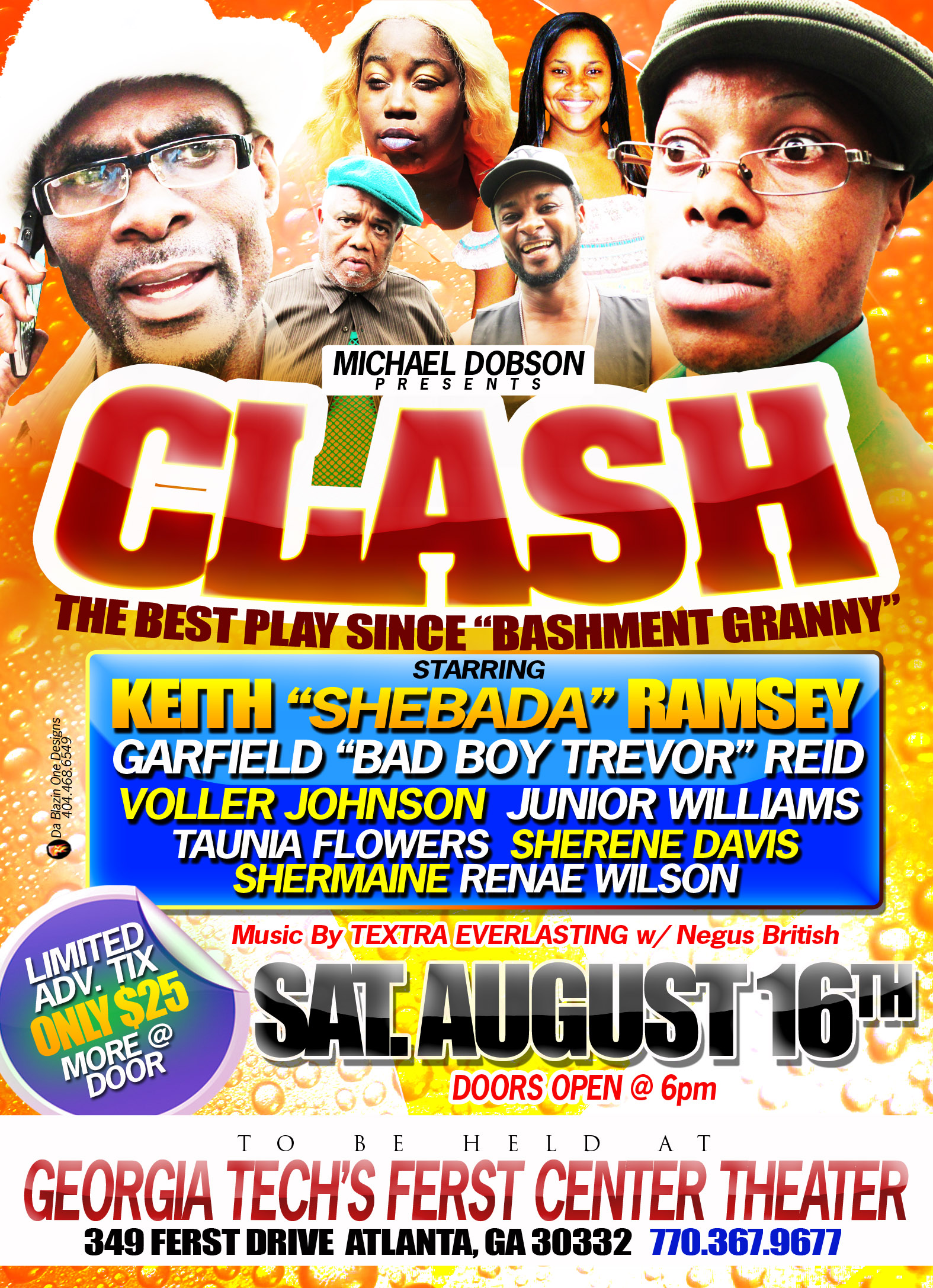 Atlanta has always been a destination for Jamaican plays, ever since the Caribbean population in Atlanta started to grow in leaps and bounds since the 1980’s. With a population of roughly 200,000 persons. And of that 200,000 a big chunk is Jamaican, so it makes sense that another Jamaican play should be brought to Atlanta.This play is “Clash” starring Keith “Shebada’ Ramsay, simply know as Shebada. Shebada is one of the hottest commodities in Jamaican and Caribbean comedy and theatre. Shebada draws thousands of people to his plays, does TV and has become very popular in Jamaica’s music world. Not since Oliver Samuels has there been such a cult following. Shebada has become extremely popular throughout the Caribbean and the Caribbean Diaspora (Canada, US and UK).Critics in Jamaica say that Shebada’s performance in Clash is his best since Bashment Granny. Shebada plays Rivers a road manager of an up and coming Jamaican artist. The play is an irreverent look at Jamaica’s music industry filled with area leaders doubling as unscroupulous promoters, incompetent road managers, shady booking agents, and dancehall artistes who are not very bright.

Shebada represents the new generation of Jamaican theatre which showcases the modern Jamaican culture, his rapid fire manner that he executes his comedy has enthralled and delighted audiences and has given new Jamaica a platform. Shebada is also known to touch on very risque topics for Jamaican society. His most famous character “Bashment Geanny” which sees Shebada in drag on Jamaican stages is not a normal phenomenon seen in that country’s theatre industry.

Although very popular, he is a very private person and does not like crowds. Shebada grew up in a large family and in economically challenging circumstances in Franklin Town, Jamaica and has gone on to become a Jamaican superstar. The play Clash also stars Jamaican theatre legendary Volier “Maffie” Johnson. along with Garfield “Bad Boy Trevor” Reid, Tuana Flowers and more. Atlanta audiences are going to be treated to one of the most talented and brilliant talents to grace the Atlanta stage on August 16th at the Goergia Tech Fest Center Theater / doors open at 6pm / 349 ferst drive Atlanta Ga for more information the number is 7703679677 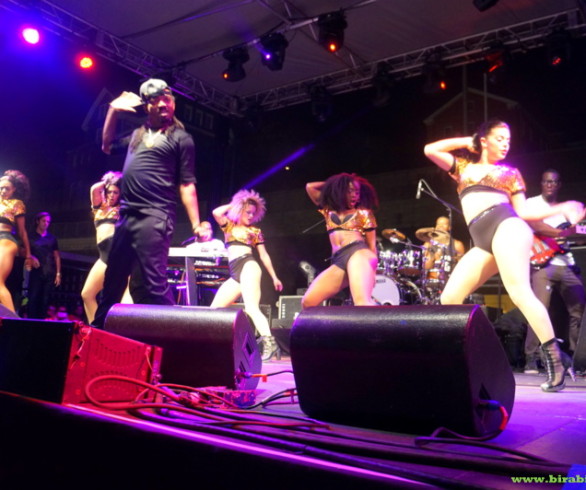 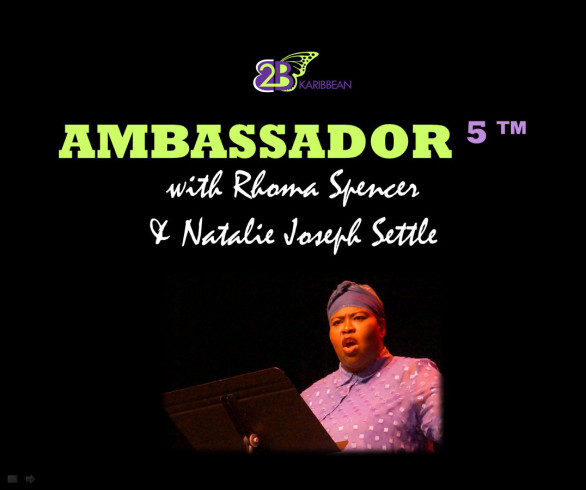