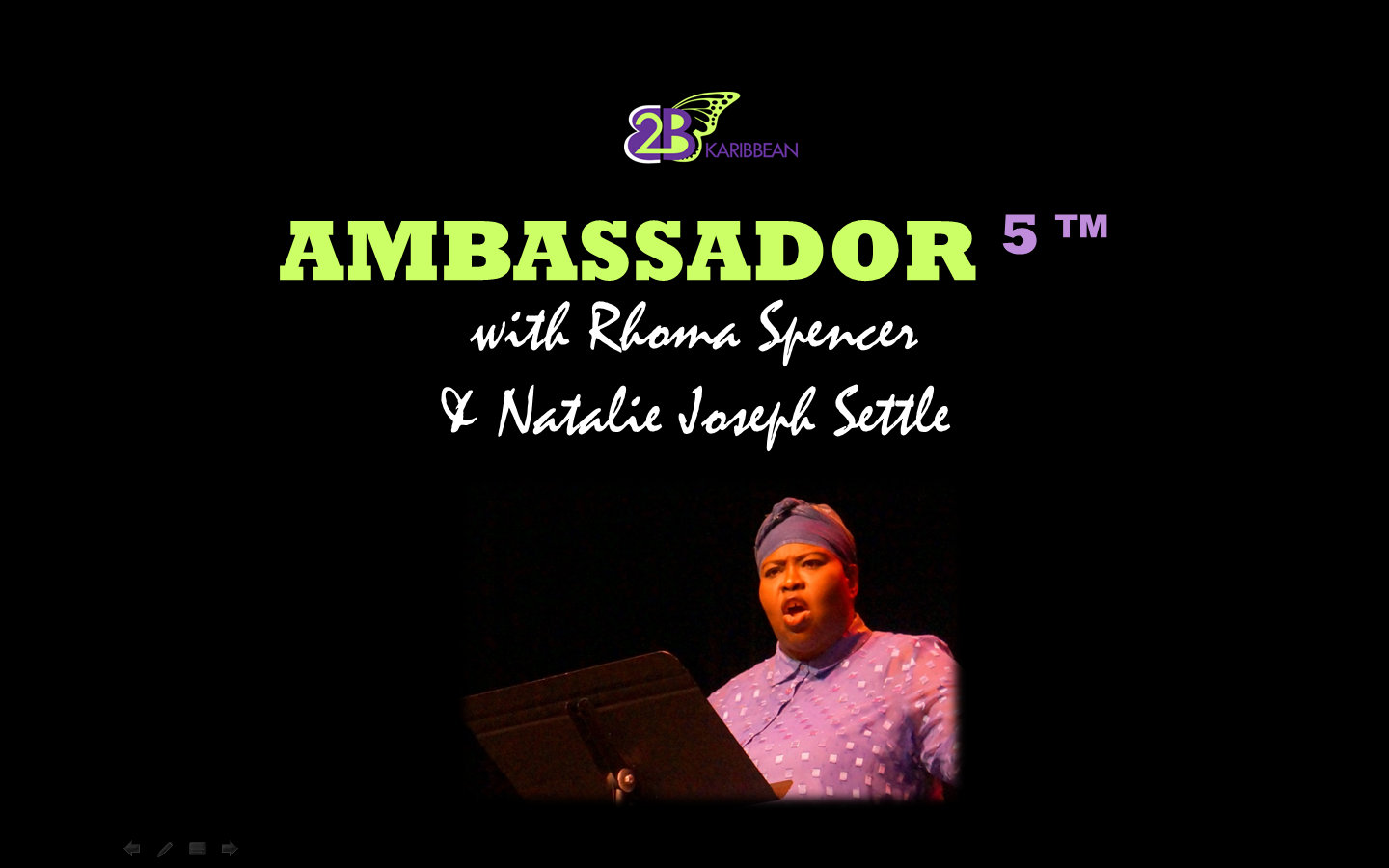 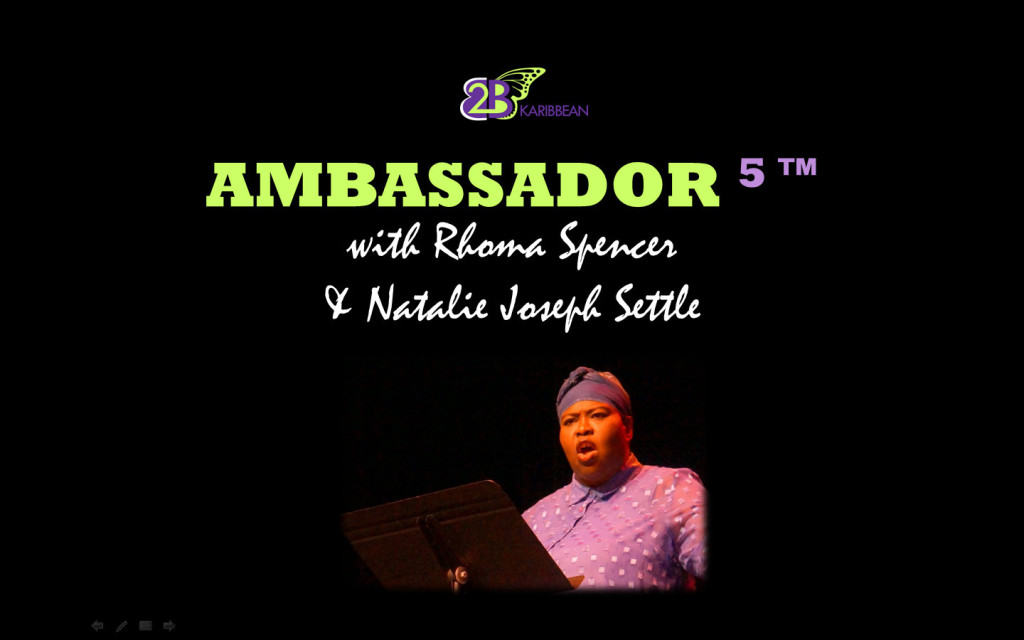 (Listen to full video interview below).

lay ‘Carnival Madea‘ (an adaptation the Greek tragedy ‘Euripides‘) at at the Dahlberg Theatre (Georgia State University) in Atlanta, GA. Rhoma Spencer  is an actor, director, storyteller and broadcast journalist who has been a stalwart in the Caribbean theatre scene for years. Rhoma has received many honors for her work including: Co-Recipient of the Dora Award, Costume Design, Anowa, (2004); voted one of the top ten artists in Toronto by NOW Magazine (2005); best actress in Toronto, Stageandpage.com (2005) and profiled in Who’s Who in Black Canada 2 (2006). She is currently preparing for the twentieth (20th) anniversary production of the  world renowned hit ‘Jean and Dinah‘ being held at the Tropical reflections Ballroom in Brooklyn, NY.

Natalie Joseph Settle is well known for her choreography and has  established a school in Atlanta to promote  and empower youth through dance . She was the main choreographer on the play ‘Carnival Madea.’ In this episode of our Ambassador 5 Series, the ladies speak on how they use theatre as a medium to promote and preserve Caribbean culture.

ABOUT THEIR RESPECTIVE BACKGROUNDs IN THEATRE AND DANCE:

RHOMA: Her theatrical career started off in Best Village with was the Barataria Community Council. In an attempt to expand her career, she answered an ad for Trinbago’s annual Drama Festival  to perform in a play called Minty Alley with the Caribbean Theater Guild .  For a while she she was in limbo between the two worlds of  ‘legitimate theater (Mainstream)’ vs. ‘illegitimate theater (Best Village)’ but in the end, she stayed loyal to Best Village and credits that decision for helping her to become the artist that she is today. She says:

‘The work that I do is continuously inspired by Best Village. I would not have known many of my folk traditions of Trinidad and Tobago through ‘legitimate theater.‘

NATALIE: As a young performer with Northwest Laventille and Malick Folk Performers, art (singing and dance) taught her to overcome anxiety. And as she nurtured her skills, it became a platform for her to explore and expose her talents. She became an assistant director for the adult company of Malick Folk Performers and then director of the junior company where she saw how directors used the art form to bring out the best in young adults.  She knew of Rhoma’s work in the industry and was excited to work with her when the opportunity arose.

ABOUT THE JOURNEY -BRINGING THEATRE FROM TRINIDAD & TOBAGO TO NORTH AMERICA

RHOMA: She studied Theater Arts at the U.W.I. Creative Arts Center where she  went on to specialize in directing. Again, she answered a call to expand her career and applied to York University in Canada to complete her Masters in Fine Arts specializing in directing. After graduating, she worked  with a company called the African Theatre Ensemble, but after two years, she really had the desire to present more Caribbean work because some of the plays just did not speak to her as a diasporic African.

After attempting to sell the Ensemble on doing a play on the life Marcus Garvey without success, she recognized that it was time to move on and that’s when her very own theater company ‘Theatre Archipelago‘ was born to present, promote and develop theatre from the Caribbean and its Diaspora.

ABOUT CHALLENGES FACED IN TERMS OF CULTURAL NUANCES WITH  BRINGING PLAYS TO A NATIONAL AUDIENCE:

RHOMA: Working with professional actors meant that they thoroughly researched how to play a character before getting on stage. There was also the added bonus of working with first or second generation actors who understood the Caribbean culture and could rely on childhood memories to bring certain characters to life. On the North American stage, the audience make up was roughly sixty percent (60%) mainstream Canadian and  forty (40%) Caribbean. To maintain authenticity in ‘Carnival Madea,’ she insisted on having Natalie in place to work with the mainly US crew to help preserve the integrity and interpretation of the Caribbean culture.

NATALIE: As the choreographer on the play, ‘Carnival Madea‘ she saw an eagerness and willingness from the students to learn Caribbean dances. She believes they were eager to learn something different and step out of their comfort zone. She was even able to recruit a cast member who had originally signed on to help with props for the production. With some coaching, the student was able to blossom and embrace the dances.

ABOUT HOW THE PLAY ‘CARNIVAL MADEA’ ALLOWED HER TO BE A CULTURAL AMBASSADOR FOR CARIBBEAN CULTURE:

RHOMA:  She has been working with the play since 2003 and was originally recruited by Dr. Shirley Holmes, the originator of the idea of adapting the Greek tragedy ‘Euripides‘ into a Caribbean cultural context. To prepare for the play, Rhoma looked at traditional Caribbean Carnival characters and determined which archetypes would best represent the roles presented in the play. She introduced such characters at the ‘Baby Doll’ (who approaches any man on the street and accuses them of being the father of her child to get money), the ‘Dame Lorraine’, ‘Midnight Robber’ and the ‘Fancy Sailor.’  It was important to her that she used the Trinbagonian national narrative (the language of Carnival) throughout the play which she describes as ‘one big calypso‘.

ABOUT OPPORTUNITY AREAS TO ENSURE THAT THE YOUTH UNDERSTAND CARIBBEAN CULTURE:

RHOMA: Believes that opportunities do exist within our current context to pass on Caribbean cultural traditions. She references exhibits such as ‘Vieux Le Cour (Old Yard)’ which takes place on Carnival Friday in Trinidad and the drama elective that is now available as a CXC subject  but the opportunity still remains for youth to take advantage of what is available to them. 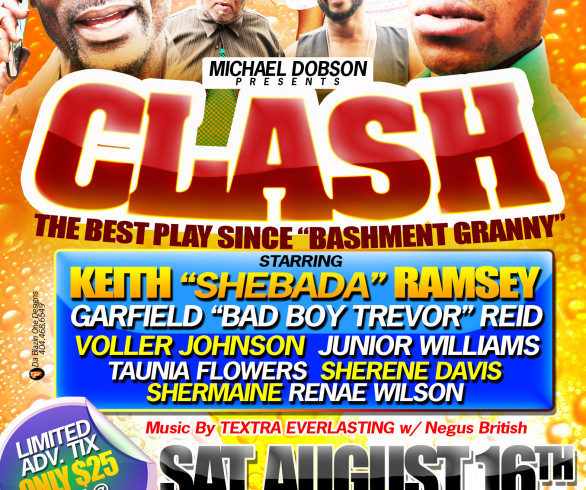 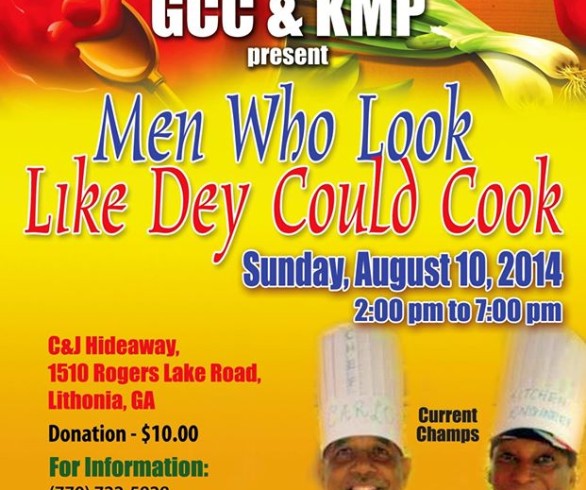