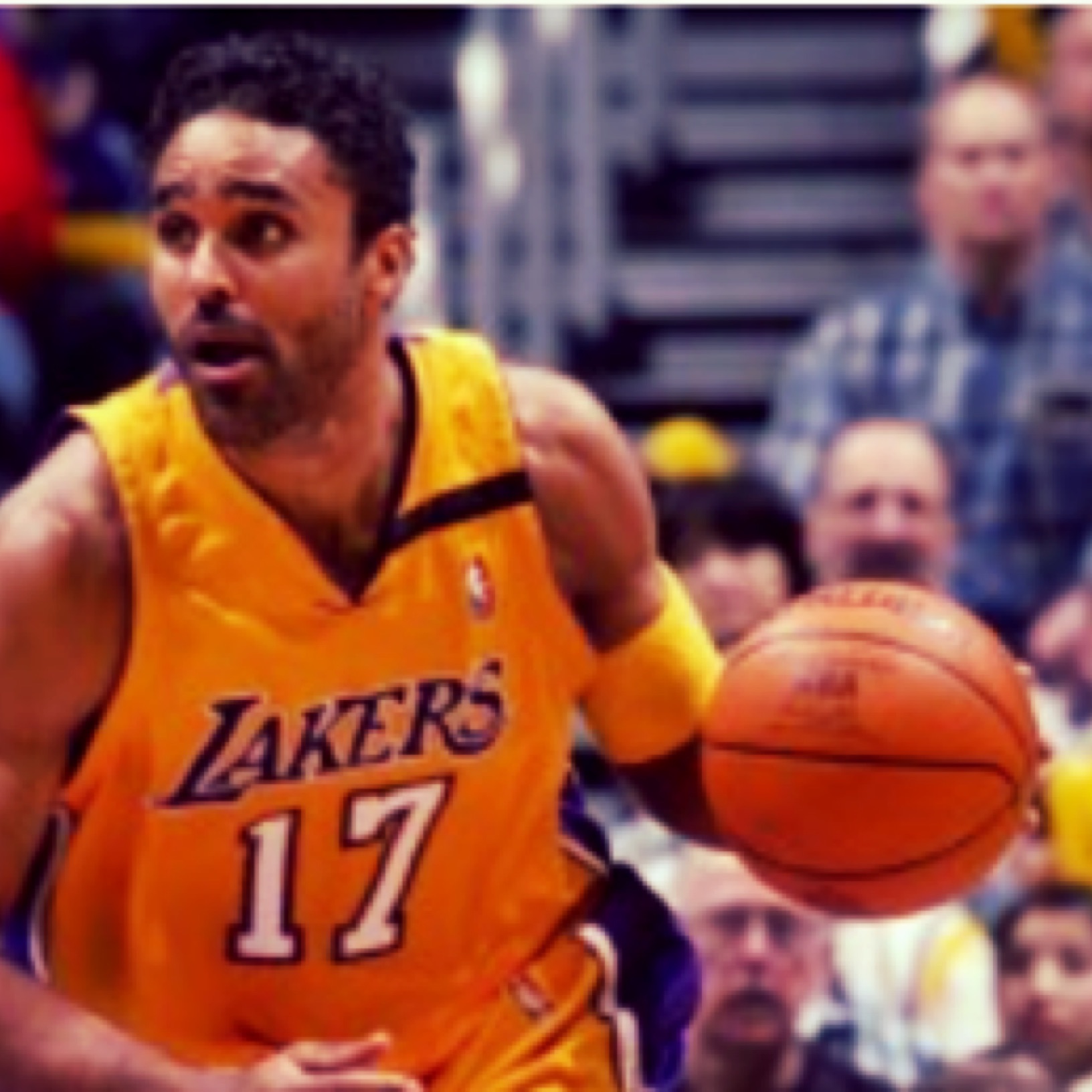 As we look at a Caribbean American basketball player by the name of Klay Thompson help Stephen Curry Lead NBA’s Golden State Warriors to possibly the best ever record in NBA history (as of the writing of this article they were 23 and 0, yes undefeated), soon after Klay Thompson actually defeated Stephen Curry in the 3 point contest during the NBA’s popular All-Star weekend. I decided to take a look at some of the greatest ever Caribbean and Caribbean American players to ever play the game. In doing this I made sure to choose players that made the NBA although I include basketball aspects of their Basketball careers outside of the NBA. 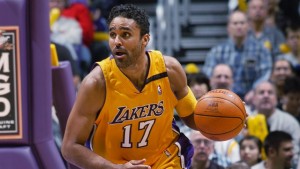 This NBA great turned actor was actually born in Canada of a Bahamian father and Italian mother. He moved to Bahamas very young and grew up there. He would go to the US for college at University of North Carolina. He was drafted by the Boston Celtics in 1991 and then the Los Angeles Laker in 1997. On the LA Lakers he would be a role player on a team that won 3 NBA championships. Although he has such an impressive haul of NBA rings, he was not the major reason for those championships on team led by Shaquille O’neal, Kobe Bryant and Coach Phil Jackson, that is why Fox is not higher on this list. He is enjoying himself though, known for his good looks he is carving out a career as an actor and TV analyst.

This NBA great was born in Nassau, Bahamas, as a youth Thompson moved to Miami Florida, USA. As he landed he made a huge splash (all pun intended): he made the basketball team for Miami Jackson Senior High school where in his senior year he led the team to a 33-0 record, demolishing teams at a rate of 30 points per game on average and winning the 4a State Championship. Thompson had an outstanding basketball career at University of Minnesota. In 1978 Thompson became the 1st foreign born player to be drafted by an NBA, the Portland Trailblazers where he played until 1986. In 1986 he played for the San Antonio Spurs for one year and then in 1987 he became a member of the Showtime Lakers led by Kareem Abdul Jabbar, Magic Johnson, James Worthy and Coach Pat Riley and helped them win 2 of their 5 championship rings. He retired in 1991. He is now a sports commentator and he has two sons who play basketball, Mychel and Klay, Klay is currently a member of the Splash Brothers (hence the splash reference earlier) that is leading the defending champions Golden State Warriors to one of the best records in NBA history. Oh yeah as said earlier he won the NBA 2016 3 point competition.

They say the greatest compliment to a teacher is when a student surpasses the teacher and clearly that has happened here with Klay Thompson being above his father on the list. Klay Thompson unlike those on the list before is a major reason for the success of the Golden State Warriors. Golden State Warriors are the defending NBA Champions and currently on a 23 and 0 undefeated streaks, one of the best in NBA history. Thompson, who is a member of the Splash Brothers with Stephen Curry who are on their way to be greatest scoring duo in history, is definitely the number 2 reason for the success that the Warriors are enjoying. Former Golden State Coach Mark Jackson created a system that allowed their talents to flourish. The duo of Curry and Thompson had set a new record for 3s made by a duo when in the 2012-2013 season they hit 483. The following year they bested that by hitting 484, the same year that Curry and Thompson would lead the team to winning the NBA championship. Since winning Thompson and the warriors have been undefeated as they continue to impress, making this Bahamian-American a solid pick for Caribbean/Caribbean-American NBA basketball great.

When Patrick Ewing was a boy growing up in Jamaica, the only sport that was played on a national level that resembled basketball was a sport called netball, and this sport was only played by girls. Although Jamaica was one of the premier teams in Netball in the world, it never compared in popularity and love as Football (Americans call soccer), Track & Field and Cricket. So it is interesting that Ewing ended up being one of the greatest basketball players of all time. Ewing, born one day before Jamaican Independence, did well at the sports of Cricket and Football (Americans call Soccer), but by the age of 12 had migrated to Massachusetts. He soon learned basketball and by college age he was being heavily recruited by University of North Carolina, however when he went to visit the legendary basketball University he saw a Klu Klux Klan rally, so he decided to go to Georgetown University where Ewing led the team to a National Championship (1984) and three national finals where he got nickname Hoya Destroya (Hoya is the name of the team). He was also named most outstanding player and college player of the year. Ewing stayed the entire 4 years to keep a promise to his late mother that he would get his college degree. He was drafted by the NY Knicks number one overall. He would earn two Eastern conference championships and led the Knicks to two National NBA finals. Patrick Ewing won an Olympic Gold medal with the 1992 Dream Team, The US Basketball team, Ewing had also won Olympic Gold in 1984. In 1996 Ewing was named one of the 50 greatest NBA players of all time. Ewing was an 11 time NBA all-star and inducted in the Basketball Hall Of Fame twice. Ewing has also scored the most points of any Knick player and played the most games.

We have now arrived at number one. Tim Duncan is the most decorated Caribbean NBA player of all time. He is known as the greatest power forward to ever play the game. Tim Duncan hails from the US Virgin Island of St. Croix and a lot like Ewing, Duncan’s first sport was not basketball, as a matter of fact that did not happen until 9th grade (in the Caribbean that would be 3rd form in high school, around 13 years of age). Before that Duncan was a swimmer with aspirations of making the Olympic swimming team. That dreamed was destroyed when Hurricane Hugo destroyed the only Olympic size pool on the island, and Duncan turned to Basketball. Although Duncan started late and was awkward in how he played the game, by his senior year he was playing well enough that he got drafted by Wake Forest University. Duncan had a very successful collegiate career, his team won the ACC championships twice and one year led the NCAA in rebounding. For two years Duncan was named player of the year by various organizations. He was named defensive player of year. Like Ewing, Duncan had promised his mother that he would finish the 4 years of college. Once that was done, Duncan was selected number one overall by the San Antonio Spurs in NBA. Duncan would have one the best careers that spanned from 1997 till present day Tim Duncan joined David Robinson to win two Championships and then after Robinson retired Duncan led the Spurs to 3 more making him a 5-time champion. Duncan has been named NBA finals MVP 3 times and NBA League MVP twice. Duncan is a 15 time NBA all-star, named rookie of the year and named NBA Teammate of the year. The last award actually speaks to one of his most popular and historic qualities, Duncan is known as probably the humblest NBA superstar ever! When Duncan plays he shows almost no emotion, never gloats, always deflects praises to his teammates and even opponents and there are many reports of his amazing work ethic. The legendary coach of the Spurs; Gregg Popovich, constantly heaps praise on his Caribbean star. Duncan also has the record for the most points scored by a Spurs player. Duncan truly deserves to be the number one on this list and it will be hard for this position to be taken by anyone else.

I do have to make an Honourable mention of Caribbean-American NBA New York Knicks player Carmelo Anthony whose father is from Puerto Rico.

So there it is. What do you think? Who should or should not be on the list? Please make sure your say why?

Jason Walker is a freelance writer for Caribbean Today Magazine who has had an award winning journalism career that spans 20 years. He can be followed on twitter atwww.twitter.com/jasonwalker_ or emailed at jasonarticle@gmail.com 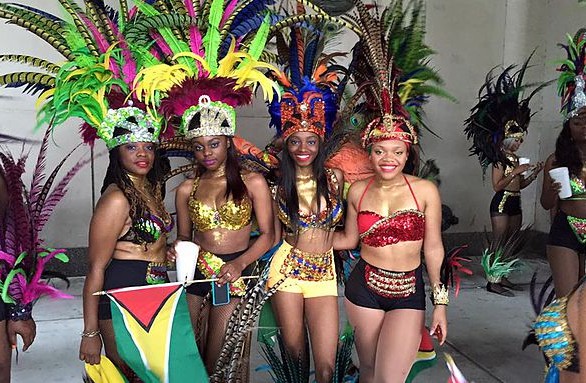 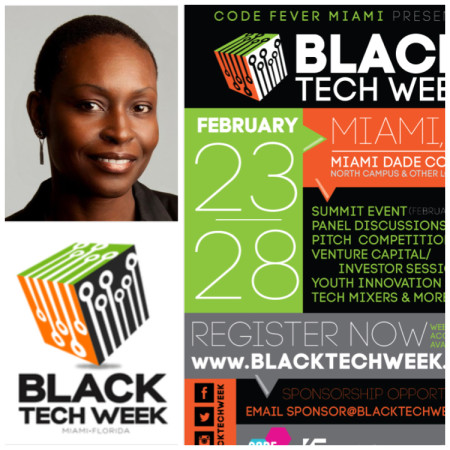 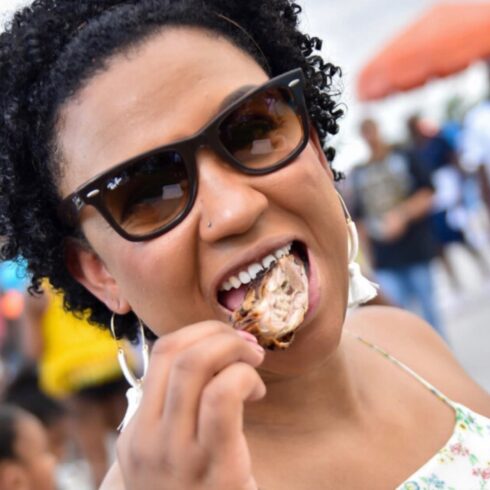 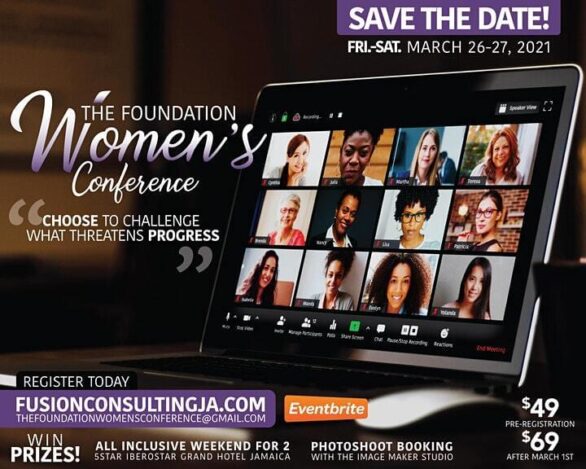