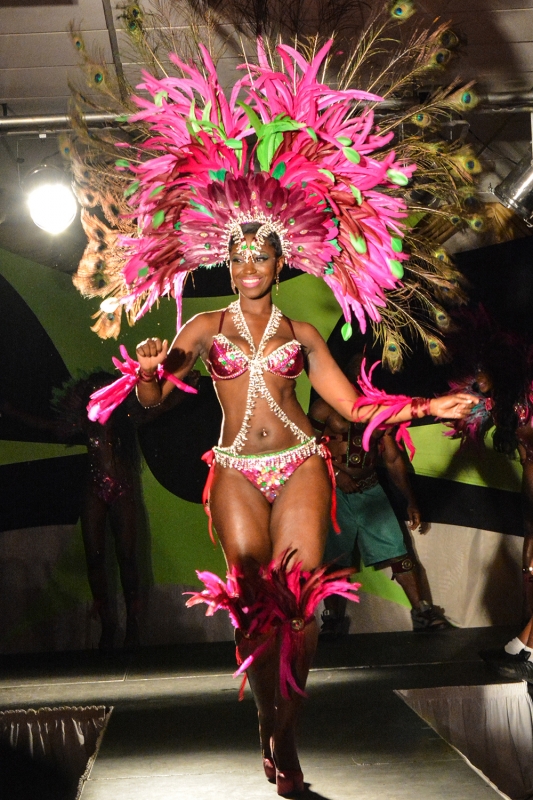 Three decades is a long time for any area not based in the Caribbean to host the largest physical manifestation of Caribbean culture: Carnival. The name Miami Broward Carnival reflects the historic unification of two carnivals that were staged for several years in close proximity in South Florida, on the same day at the same time. Both events drew thousands of people and had stage shows and bands, however the people wanted one Carnival for unity’s sake and so that everyone could partake in all that Carnival has to offer.

The vision of Carnival in South Florida 30 years ago has manifested itself into one of the most popular Caribbean events in North America. Kathryn D’aryc is the corporate secretary for the organizing committee. D’arcye shared that this year the “theme is a celebration of the 30th Annual Miami Carnival.

The Carnival brings thousands of persons to South Florida consistently from across North & South America, the Caribbean, Africa and even Europe. It is a huge boost to the South Florida economy, a great plug for Florida tourism and a fantastic display of Caribbean Culture. Caribbean and Non-Caribbean people get engaged in the Carnival in Diverse ways.

They are not just standing on the sides and grooving to music anymore, they are becoming a part of the show joining bands, putting on costumes and fully becoming parts of the Carnival. There are Caribbean and non-Caribbean people volunteering to help with the organizing of the Carnival. The Director of Marketing, John Beckford (formerly part of the Broward Carnival organizing committee), states that “some embrace carnival and are curious of the diversity. Thanks to T

Nicole Williams a Masquerade band reveler will be making the trek from New York City. Williams shares that “I’ve only played 1 time,’13. But my favourite part would be the beginning when we start to march. Miami native Ravi Bharath has been going to Carnival in South Florida for over 20 years. He paints this memory of Carnival in South Florida with these words, “the carnival bliss in that moment of sweet Soca, alcohol, stunning women and scenic ecstasy was a time forever etched in my subconscious.’

One of the most integral aspects of the Carnival is the Mas Band, the members, DJs, pan musicians (if present). The Masquerade band is a challenging manifestation to organize, costumes have to be made and sold, money has to be raised; instruments, equipment, and trucks have to be rented. DJs and musicians have to be hired, and oh yeah the organizers have to register as many people as possible to be a part of the band. Some bands add this challenge by having to do all the above and also take the trek over a large geographical space, from one place to another.

The Masquerade band Fusion Karnival is such a band, the New York based Masquerade Band, originally formed in 2010, will also be going to Miami Broward One Carnival to partake of the 30 year anniversary. BiraBiro spoke with band leader Garth George. The band is described as a “Masquerade band created by the people, for the people.” The band has “contributing members from New York, Texas, Georgia, Massachusetts, Toronto & Montreal, Canada, and as far as the United Kingdom and Trinidad & Tobago, Fusion Karnival in itself has been a catalyst to exposing the carnival culture.” George presents more on the band, “Fusion Karnival is a band that was formed by myself which my group is called Foreign Bass Ent, together with Mis Alisha, Wild Meat Ent, Socalypso and Caribbean Vibes….. The band was born in the winter of 2010 in my basement in Brooklyn. We all came from another band which I also started but decided to exit because of differences.”

George; who was born in Tobago the smaller of the twin island republic Trinidad &Tobago (home of Carnival), “grew up in the entertainment industry in Trinidad & Tobago then migrated to America”. He also said he realized that “if we protect and promote it (the culture) currently it can bring substantial economic growth for the city you are in and in result of that spark interest to the outside world to go to Trinidad and Tobago for the greatest experience.” George “got involved in ca

rnival because I am a music lover turn DJ at a young age playing for all the major bands in Trinidad & Tobago and abroad and enjoy seeing to joy of the masqueraders, as a DJ that makes you very happy.” George reports that he has “worked for carnival in Trinidad & Tobago, Notting Hill London, South Africa, Barbados, Germany, and every city that ever had a carnival in the United States.”

As mentioned earlier putting together a Masquerade Band is a very challenging, George demonstrates some of the challenges by stating “to put a band on the road takes a lot of advance planning, members help, basically a great staff/team. Other than a financial benefit we expose our culture to thousands of people who may have never had that experience that carnival and playing mas is such fun. The band has grown a great deal from 2010 till present.”

It truly appears as if some amazing people will be celebrating 30 years of Carnival along with a band put together with hard work. George shared the sources for more information, “Our band is one of the largest band out of New York that revelers can have fun and feel appreciated because we take care of each and every one from beginning to end, we have the best DJ’s and entertainers jumping with us, our costume is draw dropping and most of all its an all-inclusive band”. For more info and pics one can get in touch by going to the website, Fusionkarnival.com, Twitter/Instagram @ fusionkarnival, and Facebook fusion-karnival mas. 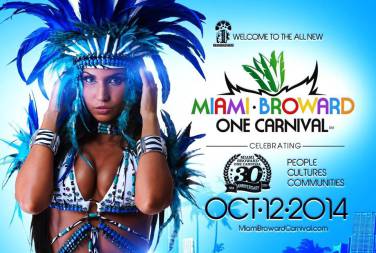