The blazing sun tried to compete with the dazzling costumes for attention, but, in the end, the costumes stole the show.  The blaze of color and dancing masqueraders illuminating the parade route at Miami Broward Carnival definitely took center stage this Columbus Day weekend at the Miami-Dade County Fairgrounds. In my opinion, the event was a definite success despite one or two events that tried to mar its shine. This annual celebration of Caribbean culture and creativity observed its thirtieth birthday this year boasting over twenty (20) bands and thousands of revelers and spectators of all ages.

I have been a Miami Carnival supporter for years and had gotten quite accustomed to the Sun Life Stadium location in Miramar. So, I would admit there was a healthy amount of skepticism on my part about the new location. Having spent hours in traffic at the Marley Festival in February at this same venue, I armed myself with snacks and prepared mentally for a long traffic battle. Thankfully, it was all in vain. Our 1:00 pm arrival time was met with little to no traffic, easy parking and relatively easy access to the route (although a long walk to the main entrance). A shuttle service running intermittently throughout the day may not be a bad idea for upcoming Carnivals though . It’s true, we West Indians can walk for miles in a Carnival parade but if you’re not high off the music following a truck or a little buzzed from some alcohol, that sun and walking distance can be brutal.

One of the reasons I have always loved Miami Carnival is because it’s one of the few US based Carnival that really seems to embrace and integrate with the wider community within which we live. There were representatives from all the Caribbean islands, the Latin community, the American community and many others. It is always a time of year to catch up with old friends and embrace new ones. My heart filled with pride watching our culture on display literally for the world to see and more importantly to see the world embrace it with open arms and join in the fun.

The over twenty (20)  bands on the road was reminiscent of  bigger carnivals based in the islands. While the biggest band had roughly twelve hundred (1200) people it did not feel like it, (for context, it is not a surprise to see 12,000+ revelers in a Carnival band in Trinidad & Tobago). There were enough revelers and supporters jumping with their respective bands to bring the vibes and excitement that comes with any great Carnival celebration. Fusion, Mascots International and Wassi Ones really stood out for me in terms of design and vibes. I must say though, amidst the revelry, I was critically assessing the production value of the Carnival. And, though, the costumes were beautiful and the music was on point, there were still unnecessary stops and starts along the parade route that may have taken away from the overall display for spectators.

The ‘las lap’ (last lap) concert was a great way to cap the evening. The quality of the pe

rformances, albeit short, were enough to keep the crowd pumping and begging for more. The long cast included the likes of Iwer George, Skinny Banton, Mr. Killah, Patrice Roberts, Dil-e-Nadan, Pumpa, Ricardo Drue and more. All entertainers put on noteworthy performances. I must give special mention to Dil-E-Nadan. It was my first time seeing them perform live and wow did they keep the crowd moving. But, I will openly admit my bias, when the rain started falling to the first strains of ‘Spoil Mehself’  performed by Kerwin DuBois –it was just ‘too real’. That was the crowning glory of the night and he definitely stole the show for me.  Once again the overall show production was not optimal especially knowing that this event is in its thirtieth year. But having worked behind the scenes at a Carnival myself, I can still give kudos for what was delivered. Despite the many stops and starts and short performances, I left the stadium high on the music and drunk with the festivities. It was a weekend for the US Carnival history books. 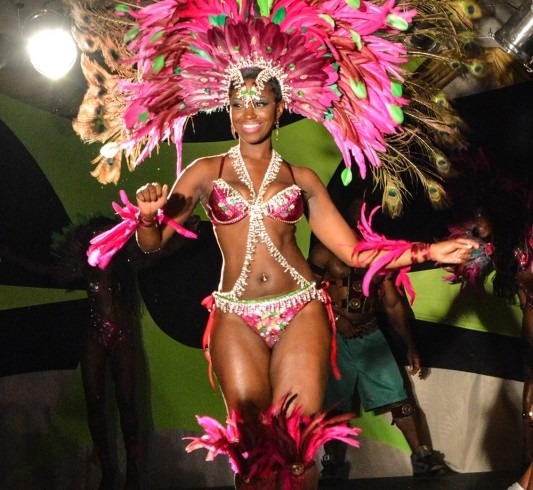 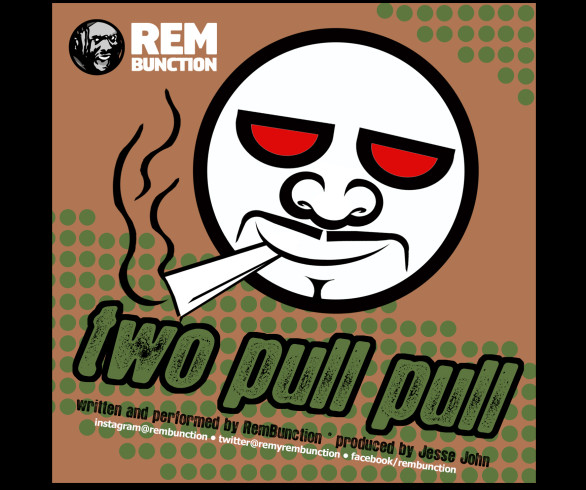